With limited representation across the industry, the women of Milwaukee Precision Castings discuss their experience in manufacturing and advice on their success. 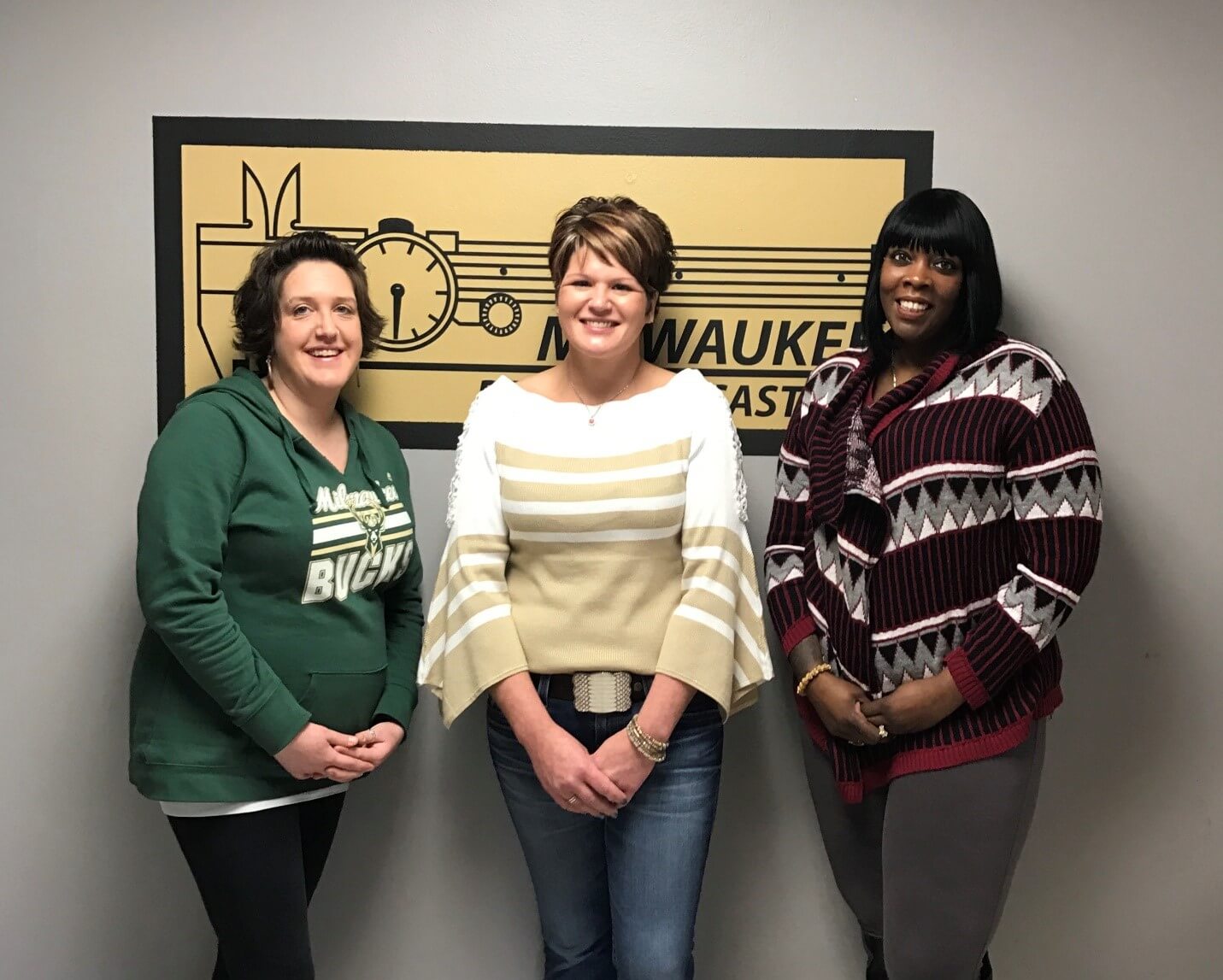 Have you faced stereotypes or challenges throughout your career and how’d you overcome them?

J.R. I’m a 35-year-old female dealing with older, more traditional manufacturing men, typically with a pre-established view of women. I have to work twice as hard to prove myself, but I end up gaining more respect as a female. At Milwaukee Precision, though, we like the challenge. We find we're able to establish deeper, more meaningful relationships once we break through that glass ceiling and prove ourselves.

V.H. I’m an African-American woman in a predominantly Caucasian and Latino field, so some days it’s hard. Since I’m a woman, some men think I’ll be difficult and I won’t know anything. But, I’ve learned that once a woman supervisor earns respect, she maintains it forever. I’ve had some of my guys tell me that the women at Milwaukee are some of the strongest and most driven people they've met. If I can get through the challenge day to day, though, I find success in proving it to myself, rather than others.

S.S. We’ve all experienced sexism and racism, especially since you’re female. You have to be willing to earn your place and show your confidence.

Would you recommend a career in manufacturing to women?

J.R. I would recommend manufacturing to any woman because you gain an immense amount of self-confidence in dealing with something that’s not a typical product. Every day is something new, every part is a new challenge. When you’ve accomplished something, it feels like you’ve accomplished a large feat. Manufacturing is also always looking to promote within because they want someone who knows the processes. Since you learn the proccess and can relate to those you'd be managing, you're exposed to more opportunities for internal promotions.

V.H. I would recommend a career in manufacturing because personally, I’ve been able to move up into different roles and accomplish the goals I set for myself. This type of career is very rewarding because you prove to yourself that you can figure out processes or learn new tasks without anyone’s help.

S.S. Yes. Manufacturing can be a very broad industry - desk jobs, floor jobs, management. You're not limited to one type of position. With the lack of younger generations starting in manufacturing, there is a lot of opportunity to take advantage of those open positions and grow from within the company.

D.M. Yes! Every day is different and it’s never monotonous because you’re always working with something new or exciting. This constant change keeps my mind stimulated, and I’m always finding that there’s something to learn in everything we do.

What advice would you give to women in college or any woman beginning her career in manufacturing?

J.S. There aren’t many young people in manufacturing, so my advice to any woman contemplating a career in manufacturing is come help us trail blaze manufacturing! Be driven and keep plugging away because you can’t care what some else thinks of you. Your career must be for you.

V.H. My advice to women is to always remember – no risk, no reward.

S.S. Nothing is easy, so make sure after you get knocked down, you get right back up.

D.M. I would tell women who are beginning their careers in manufacturing to get to know different people in your departments and communicate with them because you will always learn something new.

Jessica Rodic has been with Milwaukee Precision for 15 years and is currently the President of Operations. She describes her role as "a little bit of everything" with a hand in overseeing processes, partnerships with vendors, accounting and overall day to day operations of the company. Her main goal, as she interacts with her team members, is to make sure Milwaukee Precision Casting is efficient and yields the best results for their customers. Rodic began working with the wax press as a teenager alongside her father, Tim Overmeyer.

Vivian Henderson has been at Milwaukee Precision for over 10 years and is the Wax Room Supervisor. She oversees the 20-40 team members running the wax room, completes quality control and monitors the inventory. Henderson was insipired by her father's dedication to his family and the work he put into his own career in manufacturing. She is proud to talk to her father about her current role and her day to day.

Sarah Scholz has had over 13 years of experience in manufacturing and is Milwaukee Precision’s Expeditor. As an expeditor, she manages the driver and production schedules, as well as communicating with Milwaukee’s vendors directly. Scholz also manages the daily flow of reports that keep production running smoothly and works directly with many of the men on the floor to collaborate on moving the part through the plant. Throughout her career, Scholz has found that everyone at Milwaukee helps or comforts whenever it's needed, and her supervisor, Daphne, has been a true mentor.

Daphne McElhaney has been in the manufacturing industry since 1981. She worked her way up from a temporary position at a rubber company in Alabama where she met Tim Overmeyer. He ultimately became her mentor pushing her to become a manager and supervisor, which lead her to Production Manager at Milwaukee Precision. McElhaney manages everything in production from order entering, customer service, and scheduling the flow of each department to maximize efficiency.